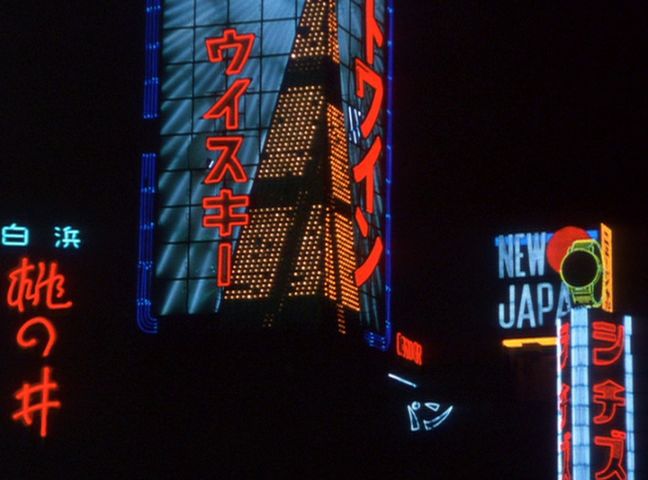 Throughout his career, Yasujirō Ozu experimented with ensemble narrative. While it forms the core of his most famous film, one of the greatest films ever made, Tokyo Story, he first employed the style years earlier in Brothers and Sisters of the Toda Family. There is something particularly special about Ozu’s ensemble films in the way in which the lives of the characters within the film are entwined for better or for worse. The slow pacing and the rarity of real confrontation give the films what David Bordwell calls “calm”, the lives of the characters are a sort of quiet sadness that makes the tragedy more affecting.

In The End of Summer (Kohayagawa-ke no aki, literally translated as Autumn for the Kohayagawa Family), Ozu’s penultimate film, he once again returns to two related themes that are found in many of his films. In the relationship between the family’s patriarch, Manbei, and the younger generation of the Kohayagawa family, we see the increasing divide between the generations. Manbei has reverted almost to a schoolboy state, leaving his troubled business during the day to go to Kyoto to meet up with his mistress of twenty years ago. The family, unaware of where he is going and unable to find out due to a failure of communication, are suspicious and have him followed. When the truth is discovered, it provokes different reactions between the characters in the film because of these failures. His daughter, Fumiko, angrily baits him while her husband advises caution and Manbei denies the whole thing, pretending that he has been seeking business advice from a friend. Throughout the film there is a reversal of roles as his children are forced to become the adults in the relationship as he increasingly becomes more irresponsible and childlike. The last straw comes when he sneaks off to visit his mistress after a heart attack, and has a second fatal attack at her home, with his body having to be collected by his children.

The increasing divide between generations is a part of the larger theme in Ozu’s work, the schism between traditional pre-war Japan, and the increasingly modern one that arose out of the Second World War. The sake brewery that has been in the Kohayagawa family for generations is threatened by a number of rival competitors, causing financial unrest that falls on the younger generation. Two of Manbei’s daughters, the widowed Akiko (played by the sublime Setsuko Hara in one of her final roles) and the youngest Noriko, are drawn into potential matchmaking arrangements of which both are hesitant about. Noriko especially struggles between marrying a wealthy man for the good of the family or her boss, whom she has fallen in love with. Manbei seems to have immersed himself through his affair in the nostalgia of an idyllic pre-war Japan, and this is seen in his interactions with his mistress when they reminisce about the time they were together twenty years ago. Perhaps the most damning indictment of Westernisation is in the form of Manbei’s mistresses’ daughter, a spoiled brat that dates different American men, and tells her mother she will consider him Manbei as her father if he buys her the mink stole that she repeatedly asks for.

Stylistically, the film exhibits all the major hallmarks of Ozu’s noted technique. This late into his career he had excised tracking shots from his colour films in their entirety and as a result every shot in The End of Summer is static. Combined with his flouting of the one hundred and eighty degree rule, the effect is often jarring, almost Brechtian. In many ways, his mise en scène is similar to that of that other master filmmaker, Bresson. Ozu also makes strong use of narrative ellipsis, as important events such as the memorial service for the late Kohayagawa matriarch and both of Manpei’s attacks are alluded to but take place off screen. As we lightly touched upon when discussing Jia Zhangke’s The World, Ozu’s works express a sort of spatial awareness that makes everything on screen not only seem precisely positioned, but also in a sense even vital. The glass on the bar, the chair in the foreground of the shot in Akiko’s small apartment, everything seems painstakingly placed as if almost as important as the characters in the shot. Through this, he instils visually the feeling that there a very rigid structure to the world in which his films take place, not unlike the society in which they take place. Sometimes this is employed to make a point visually, as juxtaposition in a transition shot, such as when we move to Noriko’s place of employment and see the office block almost transposed against Osaka Castle in the background. In another scene when Noriko goes out with the other employees for a meal as her boss and love interest, Teramoto, is moving to Sapporo, carefully placed Coca Cola signs act not as product placement, but as the more insidious encroaching of a Westernised modernism on post-war Japan.

The death of the patriarch, the merger of the sake brewery and the failures of the matchmaking schemes symbolize the death of old ways and there is sadness in that. But despite the failure of the pre-war traditionalism that Manbei is many ways represents, from these events new opportunities arise for the younger generation of the Kohayagowa. Fumiko no longer has to worry about the brewery’s failure, and her husband is allowed to keep his job with the added stability of being a salaried man. Noriko, throughout the film torn between love and duty, decides that although her marriage to the owner of a steel mill would help the family, it is better that she should go to Sapporo to be with the man that will make her happy. Hesitant with the match that was set up by her uncle in the opening scene of the film by her uncle, Kitagawa, Akiko also decides not to go through marriage, preferring to remain in her current situation. In the end, everything changes, for better and for worse, but as in all of Ozu’s films, life simply goes on.