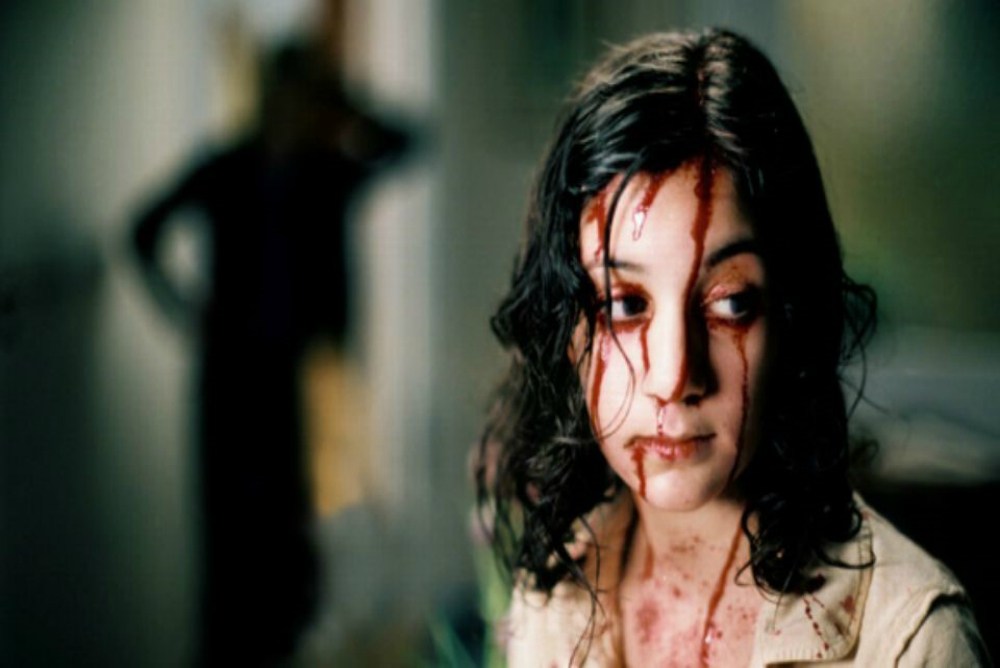 When I was asked to write a companion piece to my Best Science Fiction Movies of the Decade list, I thought it would be equally as easy.  I was wrong.  There were a lot of kind of good fantasy movies over the last 10 years, but not really a lot of great ones.  I think a top five or a top 15 list would have been easier–I had a hell of a time deciding on the last two slots on this list, because I think compelling arguments could have been made for other movies for each of those last picks.

Some of the readers of my SF list took issue with my use of the astronomical decade; I retained it here for two reasons.  First, my personal preference for that method of counting decades; second, the parallel to my previous list; and finally, the fact that there were about 15 fantasy movies which came out in 2010 that I had not seen.  Given that there were almost that many from earlier in the decade I felt I needed to watch or re-watch to create a fairly judged and measured list, the number would have been insurmountable in the time I had for research.

I went back and forth and back and forth on whether to include slightly paranormal elements and traditionally horror elements that have shifted simply to fantasy in the past ten or fifteen years (such as vampires).  I decided for consistency’s sake my choices were both or neither, and ultimately I decided in favor of both.

Children’s movies were by necessity considered; the ones that made the list were those that seemed equally enjoyable to adults, because, the fact is, any kids movie that transcends the age boundary will appeal to both children and grown-ups.

An interesting trend I noticed was how many more fantasy movies outside of large franchises were being made by 2008-9 (and continuing into 2010) as opposed to the previous years.  The success of Harry Potter, Narnia, the Lord of the Rings, et al, has raised a generation into young adulthood on fantasy, instead of breaking away from it in the tween years, and that has led to more fantasy movies overall.  Will it lead to better ones?  That, I think, will be seen in my next decade list.

But enough about my criteria and method.  Here is my list of what I consider to be the ten best fantasy movies of 2000-2009, or the decade better known as the Aughts.

Note that I am not including the entire trilogy.  By the third movie the warps in story were pulling it apart, and the whole thing was just a giant orgiastic mélange of CG effects.  But this first movie, where the effects are fewer and further between, and the sense of delight at seeing this story on the big screen was sharpest, was a highlight of fantasy movies at the movies for me this decade.  It’s just too bad that the trilogy as whole, or even this establishing element, really can’t stand up to the ravages of time and the advancements in imaging to claim a higher spot on my list.

9. Harry Potter and the Goblet of Fire

This might be a controversial pick from the various Harry Potter movies released in this decade, but it’s my personal favorite of the films.  I think it made the best movie, period—it captured the feel of the book without slavishly following every plot twist; it covered the salient points without sacrificing its watchability as a film, or its re-watchability.  This is the only HP movie that is comfort viewing for me, something I pop in when I’ve had a bad day or am too sick to read.

This is easily one of my favorite movies for its visuals alone.  The creatures are just off-center enough to be disturbing without becoming incomprehensible.  The costuming is beautiful.  The premise is terrifying and heartbreaking all at once.  Saw it twice at the theater good.

Another book to film adaptation.  I can’t say this is better than the book, because this is so different from the book that there’s really no comparison.  What the movie kept were the whimsy and adventure; what it added was a layer of darkness, modern referents to highlight the time-bending aspects of this world (as it relates to ours), and a deepening of the anti-hero motif.  Total enjoyment to watch, visually and story-wise.

6. Lady in the Water

This movie got panned, and I can’t really figure out why.  Because it lacked Shyamalan’s signature twist?  Because it made fun of movie critics?  Because it was, in fact, exactly what the tagline advertised—a bedtime story?  I thought it was a wonderful take on a fairy tale in a modern setting, exciting and full of both danger and mystery that took our mundane world and made it for a brief time something magical.

This is one of those rare movies that is better than the book it’s based upon.  I think the movie conveys a much better a sense of wonder and whimsy, while also maintaining an earnestness that the book simply lacked, at least for me.  This is the quintessential fairy tale adventure, full of as long a list of “assets” as The Princess Bride:  fencing, fighting, fratricide, lightning-gathering, witches, ghosts, cross-dressers, magic, revenge, true love.  It’s one I can watch over and over again without getting tired of, and that is a rare quality, indeed.

I’m conflating these because they’re part of the same story.  Shrek is one of my favorite modern fantasy cartoon stories because it re-made the fairy tale—it made it modern, hip, fun for adults as well as kids, boys as well as us romantically inclined girls.  My one beef?  It also destroyed the traditional fairy tale, because now all of them have to try and be like Shrek instead of the more straightforward adaptation.  But you can’t be revolutionary just by changing your own self, I guess, so I can’t hold the lesser imitations against the greatness of the original.

This movie has rocking animation, a great premise filled with both a real sense of threat, a real sense of wonder, and a real sense of hope for redemption.  It’s funny, it’s sweet, it’s just…magical.  And the uniqueness of it (at least for an American) audience is also refreshing; it’s a fairy tale in the best sense of the tradition with pretty much all-new elements because it’s not drawing inspiration from the Western tradition.

And I mean the original, subtitled version, thank you very much.  This movie is still, silent, uncomfortable.  It is also a beautiful love story and a reclaiming of what vampires should be.  The last couple scenes are all the more impactful for their subtlety—more intense in their restraint than they could ever have been in full-gore sensationalism.

I can’t say enough good things about this movie.  It is dark.  It is beautiful.  It is visceral.  It is terrifying and tragic and ascendant all at once.  The creatures are the apex of Del Toro’s* imagination (so far), test-driven in the Hellboy movies but perfected here.  Much more complex and disturbing than the average fantasy movie, without sacrificing the sense of wonder and delight that mark the best of them.

And, as with the SF list, I have a few movies that I want to talk about.  Some of these were my runners-up, others are just important movies that more people need to see.

Death Note (TV series) – I haven’t finished watching this series, so perhaps this is a premature inclusion.  But the animation is great, the idea is haunting, and it offers some of the most difficult to execute but all-time awesome Halloween costumes.  I am saddened by the inevitable American live-action movie supposedly on its way.  Bah!

Harry Potter and the Prisoner of Azkaban – I love me some Alfonso Cuarón, and this is my second-favorite of the Harry Potter movies.  But I just don’t think it stands alone from the book quite as well, but for being the best filmed of the movies so far I couldn’t not mention it.

The Imaginarium of Dr. Parnassus – How I wanted to be able to put this movie in my top 10!  It started so wonderfully, but it devolved into something either too cliché or too confusing to stand.  I don’t know if that was a function of the original idea fizzling out or the necessity of doing away with Heath Ledger’s character inside Parnassus’s mind, where his face changed, but whatever the case this movie didn’t live up to its potential despite the great costumes and a rare sense of wonder.

Bridge to Terabithia – I loved this movie as an example of how wonderful and powerful imagination is.  However, I had no idea what it really was from the previews—there is no way to accurately advertise this movie without spoiling it—but knowing what it is, after the fact, however much I like it I can’t put it on this list because that would be a dishonest description of the film.  Still very worthy of watching, though, and one that stuck with me much more so than I expected right after finishing it.

The Secret of Kells – This is an interesting animated piece, a mingling of Christian mythos with that of old Irish folklore and a bit of history.  Beautiful and filled with wonder.  And did I mention the amazing art of its unique animation?  Nominated with very good reason for an Academy Award.

Wristcutters: a Love Story – I just couldn’t consider this one a fantasy movie, however close it comes, but this is one of my favorite love stories and a hilarious black-comedy look at the afterlife.  Extra points for its Arrested Development reference.  A must-see for anyone who loves weird true-love stories.

Coraline – third Neil Gaiman reference is a charm, right?  This was one of my runners-up; I really enjoyed this movie and found it absolutely breath-taking to watch the first time around, but the re-watchability factor for me is kind of low, and that ended up one of the deciding factors in putting it here versus in the numbered list.

So there you have it. My picks for best fantasy movies from the first decade of the 21st century.  But what would yours be?

*originally attributed as Cuarón, which was a mistake on my part and everyone who pointed that out was absolutely right to do so…who edits the editor?, I guess.