I love them when they are dead

I want some cold-blooded women lying in my bed

I love you when you are dead

– Batmobile, “Dead (I Want Them When They Are Dead)”

At first you have to look closely to see her, but once you spot her, she’s hard to miss.

In a field of sunflowers lies Jun Matsuda.  She’s the one blemish in this scene of rich green and vibrant yellow, a body dressed in a metallic silver dress with light blue polka-dots. She’s covered in blood.

The next shot pulls to ground-level. Jun lies on her back, on broken stalks, her fall causing the only clearing in this seemingly endless field. She’s surrounded by thick sunflower-stalks, large leaves varying shades of green and yellow. It’s dark down here and damp and Jun is covered in blood.

The next shot is from right over her corpse. She stares lifelessly up at the sky, her neck twisted at an odd angle, her throat blood-spattered. Her legs are spread and at the hem of her dress are flowers, stitched in near the hem. The final shot shows us Jun’s mud-spackled face, the glassiness of her eyes.

These are not crime scene photographs. This set is called “Jun Matsuda wears Marni.” They are fashion photographs, taken by a photographer named Kaoru Izima and compiled in the simultaneously gorgeous, morbid and bizarre book Landscapes with a Corpse.

The pictures are exquisitely detail-obsessed-whodunit-couture. The viewer is at once fashionista, armchair detective, art critic and possible voyeuristic pervert. Each set of photographs shows us a layer of a mystery – “Aure Atika wears Paul & Joe,” for example, begins with a corpse by the roadside in longshot. Was she murdered? The body dumped? Look more closely and you’ll see a twisted wreck of a bike. Turn the page and there it is – the bicycle lying haphazardly in the scrub, Atika on her back. A hit-and-run perhaps? The third photo shows us a trickle of blood staining her all-white Paul & Joe outfit. She looks like a nurse at Fashion Hospital, clipped on her way to work in a hit-and-run by a jealous, way less glamorous rival…

On and on it goes, dead brides either tumbled or shoved down staircases, now brained at the bottom, a woman clad in red, lying dead in her apartment of glass and steel, blood trailing down the window behind her, a single shot in her head. She wears Yohji Yamamoto, apparently. A Versace dress struggles to contain Eiko Koike’s bosom as she lies dead in an all-pink, all-plastic pachinko parlour – silver pachinko balls lie scattered around her. Did she spill them and slip? Dead couples lie in bed, groups of girls are washed up on the beach. A roller-skating waitress takes a tumble, a woman is stuffed into a suitcase, a new-half (transvestite) is sprawled in an inner-city playground, newspaper stuffed in his/her mouth, the hair on his/her akimbo legs visible through his/her diaphanous stockings.

The scenarios and the creativity are endless. Some of them begin as Where’s Waldo? scenarios, bodies dotting some part of the landscape, an amusement park or a cityscape, others are immediately there and in your face.  As for the models themselves?  Some  look like they’ve been torn from The Ring, wide-eyed in horror, but most lie peacefully in death, staring up dreamily. Perhaps it’s because they are dressed so well (as Izima himself notes, “Few can prepare the fashion for the day they die.”) Whatever their expression, they all invite you to look at them. They all welcome you to their deaths. They all want to be beautiful.  And they are. And yes, this is all very weird.

According to an opening essay in Landscapes with a Corpse by Peter Weirrmair, Izima is aiming “to make oneself visible in the moment of disappearance,” and whilst this may be true (and is a complete success at this level), there’s a whole lot more going on here.

As we’ve already begun to look at, murder in Japan is frequently berserk, demented and…colourful. Dismemberments are common. Shit gets grisly. I can’t help but feel that there’s at the very least a subconscious reaction to this on Izima’s part. Again, we are talking about a country where sexual penetration cannot be shown in pornography, but horrific violence and gore are, while not the norm, certainly pervasive. If we choose to view Izima’s work in this context, what do we see? Death as something glorious, frequently peaceful, gorgeous, seductive.  It’s impossible not to see the beauty in “Hiromi Nagazaki wears Louis Vuitton,” as the model leans under a cherry blossom tree, loose blossoms scattered around her like a faint snowfall.  Japanese samurai films (even of the pink variety) frequently juxtapose arterial sprays with the purity of falling snow, or the bubbling of a crystal clear lake, pinkish blossoms falling from trees. Nature and death (no matter how violent) have long been entwined, romanticised in Japan (and, indeed, “love of nature is generally regarded as the basis of Japanese aesthetics.” 1). The reality though – heads on school fence posts, transsexual men with fake tits found in the scrub – is so much fouler.

And what about the models themselves? Their vacant stares, their expensive finery, their hemlines creeping up as a leg tilts unnaturally, bosoms pressed together in an endless, guiltless cleavage-peek.  Crime scene photos can take on “the quality of a staged tableau” as Roy Exley notes in his essay included in Landscapes… Personally, I can’t help but feel voyeuristic and invasive viewing crime scene pictures, but in Izima’s work, particularly in the “artificial” landscapes (the airports and diners, hotels and pachinko parlours), there’s a strange sexuality at work, with models appearing almost unreal, like switched-off sex drones alone amongst the plastic. These pictures share a kinky aesthetic similar to those found in Joan Sinclair’s fantastic Pink Box: Inside Japan’s Sex Clubs, where doe-eyes prostitutes squeeze into square, yellow baths, or dress as attendants in mirror-floored “elevator rooms” or as nurses in Touch Pubs.

The third essay collected in Landscapes… is by Yuko Hasegawa and she notes that Izima uses the “ultimate, constructed photograph” to  convey “the diverse but ultimately prototypical murder and death scenes endlessly repeated in films and on television, and which provide inspiration for these women, the accumulation of virtual images, and the doll-like bodies in which the ‘ghost’ of the ‘ghost in the shell’ is no longer present. What Izima is conveying is ‘mode’, not simply within the context of fashion, but as an indicator of the times.”

I’m admittedly twisting Hasegawa’s point here, but the idea of the Japanese “doll woman” is not new and, while there are many examples of strong, wilful women in the culture (see the last two columns on the lovely, kick-ass Meiko Kaji, for one), an “artificial and rather anonymous kind of beauty” 2 is still prevalent. Ian Baruma uses the example of a 1961 novel by Yasunari Kawabata, House of the Sleeping Beauties,  to drive this all home rather creepily. In the book, young prostitutes are drugged into a deep sleep to serve as virtual corpses for the old men who pay for their time.  The men “could give free reign to all their fantasies and memories of women they had known.”3

We could go on and on, but time is short. In conclusion though, the creepy sexuality of many of the  “dead models” in Landscapes with a Corpse is just yet another reason to celebrate the work. These beautifully composed pictures, filled with exquisite detail and gorgeous women, need really be seen to be appreciated. Death and sex and beauty and fashion and cultures both high and low blend together in this book. It’s also yet another peek into what’s going in the Japanese psyche. It’s art subverting life, death as glamorous as it is mysterious. Dead femme fatales litter its pages for all you crime-fiends to fall in love with Ellroy-style. Plunge yourself into their mysteries. And if you do, let me know how you solve them. 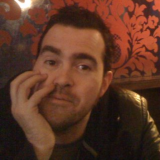 +Cameron Ashley lives and works in Brunswick, Australia. Aside from the local bar staff who know him too well, he toils away in obscurity on numerous pulpy projects, including Crime Factory. He lived in Japan from 2003-2006 and still works through his bizarre bi-polar love/hate (mainly love these days) for the place through his column at this site. Join him as he works it all out.