Disney Channel viewers will be able to vote for the New Year’s Eve programming lineup at DisneyChannel.com beginning Friday.  After all the voting is done, the programs that have won will air on December 31st from 6 p.m. to 12:30 a.m.  This will all be done in a special block of programs titled “New Year’s Star Showdown.”  It will not just be your favorite shows, as Disney has a bit more in store for the viewers.

During “New Year’s Star Showdown” we will have stars including Demi Lovato, Emily Osment, Kevin Jonas, Joe Jonas, Nick Jonas, Cole Sprouse, Dylan Sprouse and Selena Gomez competing in game show challenges.  I remember them doing something like this during the summer as well, I always find them fun to watch.

But let us talk about voting.  I will be voting for Selena Gomez and Wizards of Waverly Place first.  After Wizards I do like Sonny with a Chance probably second and then I will say Hannah Montana.  I will watch Suite Life though if nothing else is really on.  Jonas Brothers was never really my thing and Phineas and Ferb never made my cut either.  If they are asking to pick our favorite episodes I have to see the list on Friday before I can make any voting decisions, because a good Hannah Montana will trump a bad  Sonny with a Chance episode.  Still I could just watch a Wizards marathon and be happy. 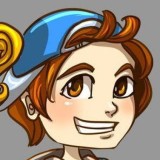 One of the partners/admins here at the site. We do what we want.

My family and I are voting for Jonas. Everyone in the family, all ages, likes this show. Suite Life has a few good episodes. But forget the rest. So if Disney wants us to watch it’s going to have to include Jonas.

And the Disney channel games were not game show challenges. They were more physical. I’ve got to agree with NoName, you lack credibility as a critic.

WIZARDS OF WAVERLY PLACE ALL THE WAY!!!!

I like Sonny With a Chance the best of the options – I love screaming along with Demi Lovato during the opening. Adolescent and immature? Yes, I am.

I like Sonny With a Chance and Hannah Montana.But I’ve got to choose!
But I can’t.

THIS SHOW SUUUCKKKKKKK.she copyed hannah montana.A she stoled nick from her…………. tha most stupid show ever..

STUPI! stop doin ur showwww i said it

u are a bad actor i don,t watch ur show it so dumb. but max is hotttttttttt,like micheal jackson but i love ur hair and ur cloth……..

MY OPPINION IS THAT MILEY CYRUS AND SELENA GOMEZ ARE EQUEL.,BUT SELENA SEEMS LIKE AN ORDINARY GIRL..

We really love them all except Suite Life. It’s really not in the same category and cannot entertain the whole family like Wizards, Hannah and Sonny.

Hannah Montana is the best show ever! Its so good!

selena gomez is awsome and i know someone whom thinks he will marry her. ben bohm its crazy he is 11 or 12 and goes 2 coxsackie ms it will never happen

My sister typed that but this is shamara now.I vote 4 selena because she is fun and entertaining and i love her show ”Wizards of Waverly Place.She is my role model and one day i hope 2 be just like her.:)

i vote wizards of waverly plc they rock

i vote for selena gomez she is very good act’ss .i dont like miley b’coz she thinks that she’s all the way

what happened with hannah ‘s voice ?
reply me

I love Sonny With A Chance, I’d have to say my favorite on the show is Chad, I’m hooked on the show! Thanks for your post!

and selena gomez I like to be in your band

no; that not true because

Selena is so the best

I think tht selena is the coolest person in the entire world and if I ever meet he I will drop dead by the. Way u people who. Don’t like her bf nobody cares this is not baout you so you need to shut up we never asked 4 ur opion

I love the show wizards and you should to go SELENA.

i want sonny with a chance and hannah montana.it is sooooo coooolllllll!!!!!!!

they all is going 2 win

i think if nobody can keep there powers then is’s not worth doing.if they have to i think it should be alex or max.

i lvoe selena gomez so much

your amazing!!! you my favoret actress singer designer and model!!