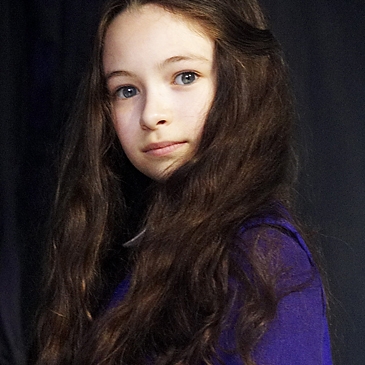 Joss Whedon is a man of many secrets, and one of them is the precise nature of the threats or coercions he clearly uses to keep the cast of his latest project, The Cabin in the Woods, absolutely mum.  Is it hit squads?  Does he have the real-life model for Serenity’s unnamed Operative on speed-dial?  It has to be something about that dire, because no one on the Whedon-written, Drew Goddard-directed movie is talking.

I recently caught up with the young, talented, and fabulously self-possessed Jodelle Ferland on set in New Orleans.  I was there to talk about two of her other projects, but while there I couldn’t resist asking about The Cabin in the Woods, in which she plays a character named Patience Buckner, according to the movie’s IMDB page.  The most revealing thing I could get out of her was that she thinks “everyone will love it” when they finally see the movie.  And, no, Mr. Whedon, you don’t need to hit that #2 on your phone–girl stonewalled me like a divorce attorney.

Here’s a transcript of our complete exchange on the subject, if you care to try and glean anything more than I could from it.

Elena Nola – One last thing, to go back to the whole horror thing for a bit. You’re in The Cabin in the Woods, which is Joss Whedon’s top-secret project.  The only thing I’ve seen about it is that it’s described as “a twist on the traditional cabin in the woods story.” Would you say that’s an accurate way to describe it and is there ANYTHING at all you can tell me about how it’s slanted to be a little different?

Jodelle Ferland – (Flashes a quick deer-in-the-headlights look, then laughs.) That’s pretty accurate.  I mean, I can’t really tell you much about it, I mean, it is—that’s pretty much the little mini-synopsis that everybody is allowed to know.  (playfully)  For now.

Elena Nola – Can you tell me anything about your character in the movie?

Elena Nola – Can you tell me whether you’re excited to have everyone see the movie?  Is it going to be a surprise to his following, or do you think everyone will say, “Yeah, that’s a Joss Whedon movie”?

(In the background, her mother makes a shooting gun sign with her finger; Jodelle laughs uncomfortably, and I start to feel bad for pressing her.)  Well, The Cabin in the Woods is definitely a horror movie, unlike this one that I’m doing right now.  It’s another horror movie.  But I think that everybody’s going to love it, for sure.

Elena Nola – So, then, do you want to tell me about the death threats the man obviously employs, to keep everyone so—I’m just kidding.  But I’m impressed, you’re very good at not giving anything up.

Jodelle Ferland – Sorry!  (pronounced in that sing-song way that lets me know she’s pleased with herself and amused at my stymied curiosity).  That was my job!