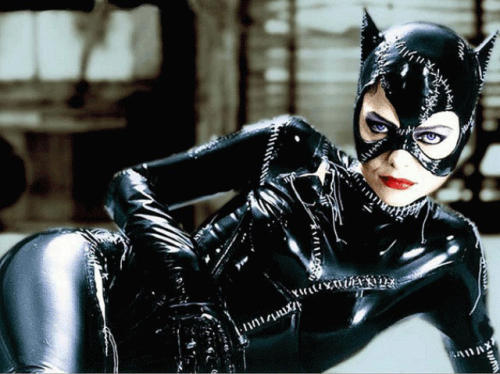 It’s Ladies’ Night at the Complex.

We’ve covered a pretty broad spectrum of shady characters over the past few months around here, but with Mother’s Day coming up in a few weeks, we felt it entirely appropriate to tip our collective hats to all the wonderful women that keep us under a thin layer of sweat.  Presenting the ten meanest, craziest, and most scandalous chicks to ever set the screen on fire.

Mean broads aren’t all fictional.  Believe it or not, there are real live firebreathing witches that walk the very terra firma upon which you stand.  So tread lightly, my friend.

Joan Crawford’s reputation as a mean old bag was no secret in 1981 when Mommie Dearest hit the screen.  However, it took Faye Dunaway channeling her maniacal soul to really get the message across to the movie-going public.  Remember ladies, if you really care about the condition of your daughter’s clothes, insist on quality wood hangers for all those beautiful dresses you bought her.

When you’re working the long con, the most important thing is to know all of the angles.  A close second on that list is to know what to do when things go off the script.  Lilly Dillon may be able to take the discreet punishment of a bag of oranges to the torso, but when the walls really start closing in, she gets downright unscrupulous.  I mean Lilly, you’re old enough to be his mother.

In fact, you are his mother. Gross.

You gotta be tough if you’re gonna make it in this business, sweetheart.  Not only that, but you gotta use what God gave you.  And if that’s not enough, why not call an audible and make use of the nearest desperate, outcast, hormonal teenager you can get to look your way.

Nicole Kidman set the screen all a-sizzle as manipulative wannabe newswoman Suzanne Stone, while Joaquin Phoenix made for excellent broad-fodder in the role of bleary-eyed mullethead Jimmy Emmett in this oft-forgotten Gus Van Sant flick of the mid-’90s.

You would think that when 1992 kicked off with the sitting President of the United States vomiting into the lap of the Prime Minister of Japan before passing out in front of TV cameras, anything in the visual realm would have a pretty tough act to follow for the remainder of the year.  Not so.

In the summer of 1992, the sight of Michelle Pfeiffer voraciously drinking milk as she transmogrified from mousey Selina Kyle into the vampy Catwoman, put any memories of ralphing politicians far to the back of our minds.  Us fellas, anyways.

6.  Annie Wilkes (Kathy Bates, Misery, 1990)
The James Caan of the 1970’s would never have let a woman get him into a position like this.  It’s Maine.  It’s cold.  You’ve just finished beating out a novel and all you want to do is drop it off on your editor’s desk, put your feet up and smoke a nice cigar.

Keep your eyes on the road, friend.  You never know who’s going to be there to lend a helping hand.

In this case, Annie Wilkes is all too happy to pull a two-hundred pound man out of an overturned vehicle, strap him to a bed, hobble him with a sledgehammer and a four-by-four, then help him reconsider the direction of his novel.  Remind me to stay out of New England in the winter.

Not every harlot of the screen has to slink up to you in a sequined evening dress and whisper sweet nothings into your drunken ear.  Not on this list , anyways.  There is a place for a little good old-fashioned elbow grease.  You know, a girl who isn’t afraid to roll up her sleeves and get a little messy.

What Mallory Knox lacked in seductive sultriness, she more than made up for in beating-the-living-shit-out-of-you-until-you-are-dead-ness.  And sure, she acted as part of a team, but you can’t say that she didn’t contribute at least her fair share.

Sometimes evil is all a matter of geography.  If your next door neighbor suddenly had 101 dalmatians, you might start taking up an interest in the manufacture of fur coats yourself.  If you’ve never had the pleasure in real life, take it from me–one dalmatian is too many.

But okay, I can see where the average joe might get a little squeamish at the prospect of the wholesale slaughter of several dozen fresh-born puppies in the name of being fashion-forward.  Cruella delights in it.  Plus, she has a cigarette holder.  In a cartoon.

Maybe Michelle Pfeiffer drinking milk wasn’t the most memorable sight of 1992, after all.

Sharon Stone launched her career from a seated position as Catherine Trammell in Basic Instinct.  And sure it was a crap movie, but what’s wrong with watching Sharon Stone turning the entire homocide division of the San Fransisco Police Department into a drooling, sweaty mass?

Not a thing, unless of course you’re trying to find an embeddable clip suitable for family viewing.

Whether or not you’re willing to admit it, there is still a part of you that is still terrified of this shrieking green bitch, and don’t even try to lie about it.  I’ll remind you she has a platoon of flying monkeys at her disposal.

Okay, so the high ranking is based largely on her rep.  And sure, Glenda the Good Witch certainly seems creepier than her cackling couterpart.  But out of everyone on this list, the WWW is the only one to actually set somebody on fire.

Alex Forrest was just the woman to momentarily straighten out the male contingent of the entire Baby Boomer generation.  While Cruella De Vil (also portrayed by Glenn Close in the later version of 101 Dalmatians) certainly had the intent to do harm to little fuzzy things, it was Alex Forrest that put the bunny in the pot.

Twenty-five years later, that image still flashes behind every wandering eye at the bar.