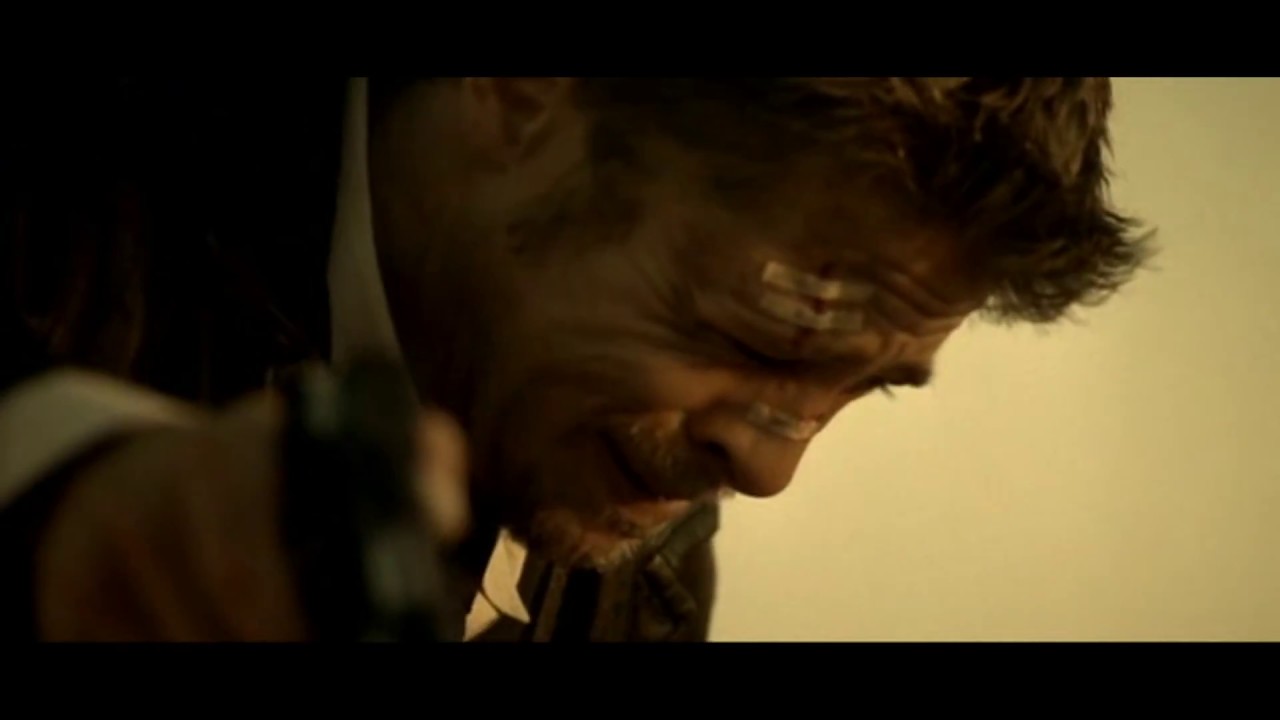 A perfect crime always has a bit of a prank to it. When you’re breaking the law, you’re duping society, after all. You play a joke on old Lady Justice. The punchline just happens to be a few steamer trunks of bearer bonds or a well-buried corpse.

But some crimes take the yukks to the next level. These law-shattering shenanigans score big on style points, surprise or sheer humor. And when it’s done for the sake of cinema, twisted pranks can leave their kink marks in our memory for years to come.

Here are 6 Twisted Pranks in Crime Film that never fail to split our sides or sicken our stomachs.

In one of the greatest portrayals of a hitman in crime film history, Kevin Kline brings a bizarre twist to bloody murder in the role of Otto, A Fish Called Wanda‘s psychopathic villain. In this dark comedy, Otto turns on one of his homicidal comrades – the stuttering bumbler, Ken – and tortures him for information.

He doesn’t do it with a car battery and clamps, though. No, Otto is an imaginative sort who holds by the limit-demolishing teachings of Friedrich Nietzsche. So when he has Ken strapped to a chair and at his mercy, Otto opts for an unexpected – and unforgettably humorous – manner of torment:

After sticking fries and ketchup into Kent’s nose, Otto turns on Ken’s beloved community of tropical fish. One by one, Otto pops the fishies Ken’s so fond of into his gob and swallows them. After devouring a whole snorkeling guide book worth of species, Otto gets to the famous “Wanda.” And that’s when things get serious.

Otto doesn’t meet a good end. But the kind of genius it takes to torture a man by eating his fish lives forever.

John McClane is a simple cop who just wanted to make it through another X-mas with his ex-wife without a fight. What he gets instead in the crime-action epic, Die Hard, is a tower full of Teutonic terrorists and the hostage situation to end all hostage situations. That’s when the simple cop gets imaginative. And, after zapping one of the Nordic shock troops and taking his submachine gun, McClane gets a little prank in mind too.

A normal guy, pushed too far, might have just left the corpse and bailed with the gun. But normal guys pushed too far don’t walk barefoot through broken glass and drop C-4 charges into the guts of buildings they’re standing in. So McClane sends a message.

He sticks a Santa hat on the dead body – which is, like, a required assignment for Advanced Action Heroism now, I believe – and writes a message on its sweater. Then he sends the body down the elevator to the cold embrace of their leader, Hans Gruber. Alan Rickman reading that message – “Now I Have A Machinegun. Ho Ho Ho” – produced the grim punchline for one of crime cinema’s greats, and a soundbite that never gets old no matter how many times you loop it on YouTube.

If you haven’t heard of this iconic prank in The Godfather, you should file a lawsuit against your folks for raising you as a feral child. Countless TV shows and movies have ripped it off. Nothing quite beats seeing the original.

Jack Woltz, movie producer and titan of Tinseltown, turns down one of those proverbial offers you can’t refuse from Tom Hagen, consigliere to Godfather Vito Corleone. Woltz, you see, is not a fan of mob-connected crooner, Johnny Fontane, who Corleone wants cast in a movie. I guess he’s the last producer in Hollywood who valued acting talent over star power for a box-office draw.

Point being, he’s not keen on casting Fontane. Woltz is, however, keen on his racehorse. He makes the mistake of sharing this affection in front of Hagen. And Hagen, displaying the kind of inventiveness we only dream that mobsters have, decides to use the pretty pony to send a message. He has someone slice the horse’s head off and, while Woltz is zonked on ‘ludes or something, sneaks it into his bed.

Woltz awakes to a sea of stallion blood and a gamey-looking horse head. The audience goes to sleep with that image forever lurking in their nightmares.

Charlie Bronson, title character of the stellar debut film by Nicholas Winding Refn, Bronson, doesn’t want your money. He doesn’t much care about your life, either. No, Bronson wants fame. And with limited talents beyond a bottomless capacity for violence, this true-life Clown Prince of Crime is going to get it with brutality as his art and Britain’s prisons as his stage.

In Bronson, Tom Hardy portrays “Britain’s Most Violent Prisoner” as pulling many a number on the jailhouse hacks. He murders prisoners, bludgeons guards at random, and comes up with some inventive hostage nabbing. Nothing outdoes the prank he finally pulls on his art teacher.

After demonstrating some talent at art, Bronson wins the trust of both teacher and establishment. What a more civilized fellow would see as a positive opportunity for expression, Charlie takes as a chance at an anti-social piece de resistance. Winning commendation from the warden and praise from his teacher, Bronson then captures the unsuspecting mentor and holds him hostage in the art studio.

He then paints the man’s face in a mockery of his own leering mug. He sticks a hat on it and an apple – just like a cooked pig, get it? Then, slathering his nude body in black body paint, Bronson calls in the coppers to “get him out of here; he’s had enough.” No sooner are they halfway down the stairs, than the guards are showered in kicks, punches and headbutts from the shadow-colored Bronson.

Simple pranks are also effective if pulled on the right person, as serial killer “John Doe” from Se7en shows us in its gut-chilling finale. Doe doesn’t need face paint or betrayed trust to play a joke on the detectives chasing him down. He just needs to play to his strengths as a good judge of character.

The sap in question that John Doe selects is rookie homicide detective, Brad Pitt. Pitt’s got a lovely wife with a baby on the way, and Doe sees a soft spot he might hit. So, after turning himself in to the cops, Doe calmly leads them to his last victim: A lonely box out in the desert.

Need I even reveal what’s in the box? Yep, Doe went for the easy laugh. He stuck the detective’s wife’s head in the box and led him right to it. That kind of prank soars right over “fooled you” into “crushed your very soul forever” territory.

Pitt takes the joke on himself a step even further. He kills Doe in cold blood, completing Doe’s suicidal design and ensuring his life will remain ruined.

Pretty powerful return on investment for the price of a 15-cent cardboard box and a 5-dollar hacksaw.

At last we come to the prank that launched two movies, triple-digit homicides and a fistful of Academy Awards: Kill Bill‘s wedding scene.

For those of you who’ve never viewed this post-modern grind-house epic, I’ll sum up the plot. Uma Thurman, The Bride, is out for revenge against her former lover and cohorts, Bill and his assassins. The reason why is the prank to end all pranks, one that blends the showmanship of Bronson with the sheer moral horror of Se7en.

The Bride, as her name implies, was getting hitched. Bill and his death cult would have none of it. In this “origin story” scene from Kill Bill, they storm the mission where Uma is having her ceremony. Instead of a rice shower, they bring a hail of high-powered assault rifle bullets that leave all dead – including The Bride’s unborn child – save for her.

As far as wedding surprises – and sickening crime pranks – go, this one takes the cake.