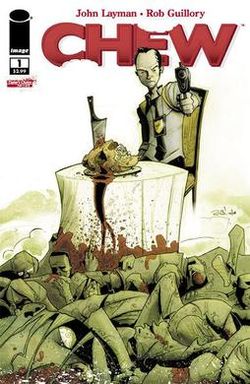 Food is the archetypal First World problem. While some parts of the world starve and other parts are turned inside out by our demand for low-cost and low-fuss supplies of exotic and increasingly refined foodstuffs, the West is growing increasingly alienated and distant from the things that it eats.

When the snow ended and the great glaciers rolled back to reveal a planet changed and changing, humans adapted to their new environment. For hundreds of generations, humanity tended the earth and lived on what it could coax from its depths and its surfaces.  We shaped the vegetal and the vegetal shaped us just as our relationships with animals changed our minds and our bodies as part of an on-going process of adaptation and evolution. We shaped the animal and the animal shaped us, trade and disease made us what we are.  But then our skill at tending the animal and vegetal reached a point where some of us could spend their time doing other things.  Economies flourished and soon millions of humans lived their lives without ever having to slaughter an animal for or plant a seed.

Now, most of us are ignorant about the things that appear on our plates.  We know nothing of farm subsidies, economies of scale and collective agricultural bargaining.  We know nothing of pesticides and genetic engineering or of the logistics involved in breeding, rearing and slaughtering hundreds of millions of animals for the table.  In fact, whenever we try to look into these things and find out how they work, we invariably wind up scarred and horrified. The most interesting thing about Georges Franju’s infamous documentary about the French meat industry Blood of the Beasts (1948) is not its shocking imagery but the fact that Franju found echoes of the Holocaust in something as mundane as the production of a supermarket side of beef. Our forefathers lived with this sort of killing every single day of their lives and yet we see it as the stuff of nightmares.

The uneasiness we feel about food is such that many of us have turned to superstition as a means of making sense of it.  Our money flows into the pockets of charlatans and quacks who claim that all of our problems arise from spurious allergies and a failure to eat like a caveman, a pharaoh or a 17th Century Italian peasant. Many of us even go so far as to define ourselves in terms of our dietary problems, broadcasting them to the world as though they were sources of empowerment. Nascent ethnicities birthed in diarrhoea and unsightly rashes. Tomorrow’s politicians will take pride in the words “Ich habe ein lactose intolerance”.

Chew is a comic all about our ambivalent attitudes to food.  It is about the joys of discovering that rare ingredient that makes everything taste better but also about the mystery and horror of how those ingredients reach our kitchens. The comic uses two fantastical conceits to explore this ambivalence:

The first is the existence of food-related psychic powers.  The comic’s primary protagonist Tony Chu is a cibopath, meaning that he can learn everything that there is to know about something simply by eating it.  Because of this, Chu cannot help but be confronted by the pesticides on apples, the pain of the slaughtered cow and fact that the chef doesn’t see the point of washing his hands. His only refuge from the horrors of the food production process is tinned beetroot. As the comic begins, Chu is a cop working to infiltrate a speakeasy that serves illegal chicken.  Which brings us to the comic’s second genre device.

Chew is set in the aftermath of a deadly outbreak of avian flu.  In order to protect their population from the disease, the US government decided to ban chickens.  Now, anyone who wants a chicken dinner has to go to a speakeasy or a local dealer. In order to enforce this ban, the government granted draconian powers to the Federal Drug Administration, the agency who decide to hire Chu when he was found eating the body of a criminal in order to solve a case.

Tony Chu is a crime-fighting character in the hardboiled tradition.  What I mean by this is that, unlike Sherlock Holmes or Miss Marple, Chu is not some pillar of civilised society who uses his special skills to keep the underworld at bay.  Instead, he is a character who, much like Philip Marlowe and Sam Spade before him, draws his power from the fact that he stands outside of civilised society. As Raymond Chandler puts it in his immortal essay “The Simple Art of Murder” (1950):

Hardboiled detectives exist in both our world and the underworld that sustains it.  They know the tricks of the criminal and the real power-players behind the smiles and press conferences of mundane politics.  This knowledge makes them useful to people in the mundane world, but it also makes them figures of suspicion and fear. Forced from the world of the mundane by their knowledge and the underworld by their honour, hardboiled detectives are alienated from both realms, which is why they have tended to be seen as quintessentially existential figures. Chu is a similarly marginal figure but his power derives not from some a generalised understanding of ‘how the world works’ but from a detailed knowledge of how our food gets to our plates. Every issue forces a fresh indignity upon the long-suffering detective, a humour rendered all the more piquant by the fact that our real-world food chain is probably just as tainted.

The plot of Chew is what might be described as bug-fuck insane.  Using the idea of chicken prohibition as a starting point, the comic weaves an increasingly tangled and bizarre web of conspiracies around the production of American food.  From illegal chickens we move to genetically engineered frogs and alien plants, from criminal gangs we move to government conspiracies, vampires and attempts at extra-terrestrial communication.  Rather than presenting these gonzo elements as weird deviations from normal eating patterns, Chew presents them as integral parts of the food production process. People are already eating alien fruit and genetically engineered frogs, it is just that they are so distant from food production that they do not realise it. Chew is essentially an exercise in agricultural surrealism as each new issue reveals the American diet to be just that little bit weirder than we previously thought.

Firstly, we have Mike Applebee.  Applebee is Chu’s immediate superior at the FDA.  Applebee is the man who forces Chu to eat terrible things in order to solve crimes.  However, having forced Chu from the realms of normal consumption, Applebee then demonises his employee for his outlandish diet.  By forcing him from the regular world and emphasising his duty to protect the regular world, Applebee fixes Chu’s relationship as an outsider.  The more he hates Chu, the harder Chu works and the harder Chu works, the more Applebee hates him.

Secondly, we have Mason Savoy.  Clearly modelled upon Orson Welles, Savoy is in many ways Applebee’s mirror opposite.  While Applebee represents institutional authority and wields the stick of intimidation that forces Chu from the world, Savoy represents the carrot that lures Chu out of the world with the promise of a career as a respected cibopath.

Volume 1 of Chew (entitled Taster’s Choice) sees Chu bouncing back and forth between these two characters.  Disgusted by Applebee’s treatment but inspired by Savoy’s example, Chu finds himself stuck between the world of normal consumption and the world of surreal production. Pushing and pulling in what is ultimately the same direction, this set of relationships fix Chu is an alienated state.  Because of what he is and because of his job, he stands outside of mundane civilian life and looks in on it with jealous eyes. Chu’s yearning for a more normal existence is played out through a set of relationships that emerge over the course of Volume 2 (entitled “International Flavor”).

The Third main figure in Chu’s life is Amelia Mintz.  Mintz is first introduced as a food writer who, bored of her job, is writing reviews that make people throw up. Mintz is a saboscrivner, meaning that she can make someone directly experience something by having them read a description of it. Because Chu’s powers force him to eat nothing but beets, Mintz offers him the chance of a normal life in which food can be experienced without the need to confront the horrors of the food production process.

Chu’s Fourth relationship is with his partner John Colby.  Colby is introduced in Volume 1 as a riff on both the left-leaning Serpico-style ‘honest cop in a corrupt world’ trope and the right-leaning Dirty Harry-style ‘wildcard cop who gets results’ trope. When Colby returns in Volume 2, he is required to represent the joys of the FDA agent’s marginalised existence. His state-funded cybernetic enhancements even show that he is the physical manifestation of the FDA, his scarred face now represents both the human cost of living between worlds and the fantastic power that accompanies that position.

As with the first couplet, the opposition between Colby and Mintz is meant to signify Chu’s alienation from his own life.  Indeed, despite having learned his lesson and come to accept his outsider status, Chu now finds himself having to choose between his job and his relationship.  The mundane existence that Mintz offers Chu is not just the life of a couple but also the life of a normal consumer. Because of his psychic power and because of his job, Chu cannot eat normal food without being confronted by the horrible realities of how that food got to his plate, only the prose of a saboscrivner offers him the chance to enjoy food in a state of blissful ignorance.

While these two sets of relationships allow the comic to explore both our alienation from the food production process and our perverse desire to retain our innocence and remain alienated, Chew’s broad themes also constitute a compelling meditation on the challenges and pit-falls of expertise.  We all want more insight into the things we care about, but we also want to be surprised, enraptured and to be oblivious to the complications that only serve to decrease our enjoyment of life’s few pleasures.  Chew is a comic that speaks to that tension within our lives.  It speaks to our paradoxical yearning for both the joy of innocence and the power of worldliness.

One of the most satisfying things about Chew is that the themes present in John Layman’s writing are echoed in Rob Guillory’s artwork.  Much of the comic’s style revolves around a juxtaposition of realist and surrealist cues.  Consider, for example, the design of some of the characters:

Guillory’s characters are cartoonish and yet their stylisation is based in an exaggeration of real characteristics.  These are not smoothed-out images but figures built from wrinkled brows, poor postures and jagged, skeletal angles.  The series’ juxtaposition of real and fantastical imagery is particularly evident in the design of John Colby.  Colby’s hair and fur-collared jacket ape the hyper-realism of the 1970s Cop thriller, while his cyborg face apes the science fictional weirdness of the Terminator films.

By anchoring his artwork in the ugly facts of human and animal biology whilst allowing for fantastical and surreal flourishes, Guillory’s artwork beautifully reinforces Layman’s themes of detachment from and confrontation of the real.

Chew is a wonderfully twisted and wonderfully funny comic published by Image Comics.  So far, three volumes have been published but a fourth collection is due in September. The series continues in monthly episodes and following the comic in this manner allows you to make the most of the games that the comics frequently play with their own internal continuity.  At first, Chew featured pages out of order.  Then it started publishing issues out of order. This kind of meta-fictional spin on the use of flashbacks and flashforwards makes Chew one of the more striking and singular comics titles currently on the market.