It’s strange when you consider that Boss is Kelsey Grammer’s first major dramatic role.  He has always been known for playing upright, no-nonsense roles, but for laughs.  Boss season 2, which premiered this past Friday on Starz, is definitely no laughing matter, and regardless of how lauded Grammer has been for his comedy work, the role of Chicago mayor Tom Kane will be what he is remembered for, if there is any justice in the world.

Then again, a major theme of Boss so far is that there is no justice in the world.  So there’s that.

Before we get right down to it, the sad fact of the matter is that many people are likely missing this show, second only to Boardwalk Empire in its portrayal of political gangsterism (no mean feat, that).  The good news is that Starz is offering the premiere episode of this new season for free on Facebook, and it is in fact embedded here below.  Watch and enjoy as I have:

For many years, actor and leftist activist Ed Asner built a career out of bit TV parts, playing a lot of crusty old guys until he got what would be the ultimate crusty old guy role, Lou Grant.  Lou ran the news broadcast of Minneapolis’ WJM with an iron fist, giving Mary Tyler Moore a curmudegeonly target to play off for the next seven years.  Asner was as beloved a part of The Mary Tyler Moore Show as the star herself, but when the time came to end what was possibly the most popular sitcom of the decade, Asner and the producers rolled some major dice with Lou Grant.

As near as I can tell (and I’m certain someone out there will correct me if I’m wrong), Lou Grant was the first dramatic TV series to spun off from a sitcom, and also the last.  CBS was so certain that audiences would be unwilling to make the transition from the laugh-filled offices of WJM to the more grim and gritty setting of the Los Angeles Tribune that they first pushed the series as a comedy.  Their trepidation was quickly put at ease, as Lou Grant would go on to garner many more Emmy awards for the network as well as the star.  Asner is the only person to have won Emmys for the same role in both a drama and a comedy, and over his vast career, Lou Grant will always be the role with which he is most associated.

It doesn’t take much effort to see Kelsey Grammer’s career taking a very similar arc to Asner’s.  The biggest difference is, obviously, that Grammer has stuck to comedy through the bulk of his career.  He first came to the public’s attention on NBC’s immensely popular sitcom Cheers in 1984 as Frasier Crane, the highly educated and almost insufferably pompous psychiatrist in competition with the overly-sexed Sam Malone for the attentions of snooty barmaid Diane Chambers.  What began as a six-episode arc for Grammer led to a regular role for the next nine years and his first couple of Emmy nods.  As good as Grammer was on Cheers, that show was very much an ensemble, and it was not until Grammer spun his character off in Frasier would he get a chance to truly shine.  Frasier, like Lou Grant, was as warmly welcomed by the TV-viewing public as its parent show, lasting for eleven seasons and bringing in a slew of Emmys and other awards for Grammer.

The thing about Grammer’s comedy work thus far (that is, his well-regarded comedy work; I’ve never seen Hank or Back to You and so can’t really speak for those shows.  But apparently, no one else saw them either, anyways) is that it leans extremely heavily on the old stuffed-shirt archetype.  Even Grammer’s other most well-known character, the diabolical “Sideshow” Bob Terwilliger on The Simpsons, derives most of his laughs from being the Lord Autumnbottom type who gets hit with a pie.  There is of course nothing wrong with that; as noted above, Dr. Frasier Crane has been one of the world’s most beloved pompous asses since I was a little kid, and with syndication, will likely remain so until I’m an old, old man.  But this strength of Grammer’s, to bring dignity to his characters and then allow it to be bruised and battered, is exactly what makes his performance as Mayor Tom Kane so compelling.

It would be disingenuous to say that I don’t get a minor, goofy thrill watching Grammer be this big scary political-mafia boss, soley based on his previous work.  It’s like when his Cheers co-star Woody Harrelson did Natural Born Killers–it was such a trip watching this lovable dope murder his way across the Southwest.  And whenever Kane says the phrase, “I’m listening,” I giggle like a moron.  But the distinction between Kane’s public persona (the charming, responsible public servant) and that of his actual persona (the greedy, power-mad urban dictator) is where Grammer’s strength as an actor punches you in the mouth.

You don’t have to be a complete cynic to regard politicians as figureheads, nice pretty people who smile at the cameras and assure you everything will be fine.  Whenever you see a state representative judging a jelly-tasting contest at the local fair, you know intellectually that he or she is just counting the minutes until their flight back to D.C.  But at the same time, even the most cynical of us look to politicians to put on cheery faces while keeping us from knowing just how the sausage is made.  The wide crevasse between the public good and the private realities of American politics is simply too dark an abyss for many of us to stare into.

So while Mayor Kane puts on his serious, I’m-hear-for-the-common-man face when his daughter’s drug dealer boyfriend braces him in this season 2 premiere, he then immediately leans in and more or less threatens his life.  Kane does not give a fuck about the good people of Chicago, but he’s able to convince them that not only does he care about them, but that they need him.  Difficult enough for a radio call-in show therapist to do, but even more so when you’re dying of a rare brain disease.

And it is this wrinkle to Boss that truly sets it off from anything else on TV.  Ever since Tony Soprano, you can’t have an unlikeable protagonist without some sort of immediate threat to his or her well-being in there to allow the audience to sympathize.  Yet Boss takes this sympathy and makes it part of Kane’s extreme sociopathic personality.  Basically, Kane feels he is immortal.  He will own one of the largest cities in the country, he will make his enemies into slaves, and he will control the very disease which is eating his evil brain alive.  Show me a comic actor who can pull off a character with balls that big, and I’ll show you Kelsey Grammer.

Kelsey Grammer will always be remembered as Dr. Frasier Crane, first and foremost.  And personally, I’m fine with that–it was a great and long-lasting character and I can think of no other actor who could have done a better job.  But hopefully, Boss will be Grammer’s Lou Grant, the show that proves Grammer is too good an actor to be relegated to one genre in perpetuity.  And though it would seem ratings are still a struggle for the show, I feel confident that if Boss sticks to its level of quality for its writing and its supporting cast, the show will be much more than an interesting diversion for one of the most popular comedic actors of his generation.

Chicago is the city of I Will.  And Boss is the show that can. 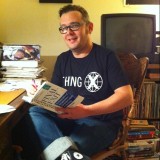