At last, the holy grail of Warhammer 40k fans the world over has arrived–a 40k movie!

Penned by the master himself, Dan Abnett, produced by Codex Pictures and directed by Martyn Pick, it tells a quintessential 40k tale from the perspective of the Space Marine golden boys, the Ultramarines. Special mention must go the voice actors recruited by Codex for this movie; John Hurt, Sean Pertwee, and Terence Stamp, as well as a number of other very talented actors, all lend their dulcet tones to this film, and I felt that the atmosphere was all the richer for their vocal talents. Johnny Harris’s “Brother Nidon” was a particularly good performance and a compelling character.

A 40K movie was always going to be a controversial one. In my numerous 40K book reviews, I’ve made mention of the long development of the 40K universe and the legions of loyal fans, each with their strongly held picture of this world. Any movie was going to involve one person’s views–the author’s–which means that there will be those who take issue with it in a way that, to others outside the fold, seems to border on psychotic. And sure enough, months before release, the various forums were abuzz with what I’ll politely refer to as opinion sharing. Since the movie’s release, the furor has only increased. Some fans were deeply disappointed, while others have been happy with it, though perhaps a little cautious in their praise. It is in this context that my experience of the film is borne.

Personally, I enjoyed the film a great deal. It tells the story of a squad of newly elevated Ultramarines who accompany Brother Captain Severus in responding to a distress call from a company of Imperial Fists on the shrine world of Mithron.  They arrive to discover that all but two of the company have been destroyed in a Chaos assault. The Chaplain, Carnak, explains that the Imperial Fists have been guarding this shrine since the Emperor himself entrusted a Codex to their care at the founding of their chapter. It is this Codex that Chaos are after, and it is for this that the Imperial Fists summoned help.

The story felt quite well paced to me. First off, we are introduced to the characters and shown some insight into their individual natures all the while advancing the tale to the inevitable and much anticipated action scenes. It isn’t a balls-out action-fest but instead treads a more mysterious and darkly atmospheric path that appealed to me. The story focuses on one of the newly minted Astartes, Proteus, and his journey to command. This is a great subtext that is developed throughout without making it feel like an unwelcome character study that takes away from the broader story.

There are, however, a couple of nitpicks. I’m a rabid fan, too, did you think I wouldn’t have any? Why does the veteran Apothecary Pythol look so damn old? The Astartes are functionally immortal and don’t age in that way; Severus also looks too old. I felt that the film did not make clear enough the Astartes’ super-human abilities and physical presence.

Furthermore, Pythol is remarkably whingy for a veteran Astartes–in fact at some points he comes across as cowardly! I can understand that a battlefield medic will have a different perspective on battle than his glory-hungry brethren, but even in that context his attitude sometimes surprised and irritated. Though it should be noted that he more than proves himself in battle.

There is one other thing:  what the hell is going on with Chaplain Carnak’s Crozius?! I’ve been able to explain almost everything else, but that still eludes me. As a chaplain he should have been charging into combat, laying about him with his Crozius Arcanum, power field crackling as he destroys the enemy while shouting out prayers to the Emperor. Instead he stands there and seems to project some kind of energy wave from his Crozius that kills the Chaos Space Marines on contact. This is unheard of in the entire range of 40K books.

With those nitpicks off my chest, back to the review.

The battle scenes were, fantastic. It was great to see the Astartes in action outside of my own imagination, and there were all sorts of little touches thrown in that were pure Warhammer 40K. The death of the standard-bearer and Proteus’s grabbing of the standard before it can fall is beautifully done, and the slo-mo zooming in to see the hand-carved aphorisms on the heavy bolter shell casings made me grin from ear to ear.

However, it’s the twist in the final quarter that brings the 40K universe sharply into focus. This isn’t to say that the movie is a one trick pony that relies upon a twist, because the rest of the film provides the foundation upon which the twist is built. It shows us the true nature of the Codex, the depth of history at play in the film and what’s really at stake.

I should make some mention of the animation quality. This has been a point of great contention amongst the fans. Some were expecting an Avatar-like experience and have consequently been disappointed. My expectations of it were, I think, a little more realistic. This is a first-time, independent film. Anyone expecting the $1m per minute investment of the big studios was kidding themselves. I thought the animation quality was good, and at no point was my experience disturbed by bad animation that took me away from the story. Overall it was smooth and showed both the bulk and surprising agility of power armour as well as a good range of facial expression. I also felt that they dealt well with the challenge of conveying the emotion and body language of a face hidden behind a combat helmet, using various camera tricks to express moments of drama and tension.

The DVD is available as a 2-disc, special edition box set which includes a short comic written by Abnett and pencilled by David Roach. This comic is a prequel to the movie and adds further background and context. On the downside, the special edition set is only available from Codex Pictures themselves. The second disc contains some really great behind the scenes featurettes as well as further information on the 40K universe from Games Workshop’s writers and designers. At the moment there is no mention of a regular (single disc) release. The special edition is fairly pricey at around $40, but I personally felt that I’d gotten value for my money with the whole package.

This is my first movie review for BSC and a fairly…odd one at that. I’m effectively reviewing a straight-to-DVD independent film for a small niche of fans, but I wanted to bring it to wider attention because I think it has earned it. If you have any Warhammer 40K interest, I would recommend the film highly. The story, the animation, and the soundtrack are all great, despite my fanboy nitpicks; for the first of its kind, it is a damn good start. 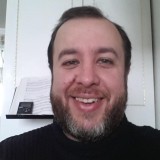 Phillip is an Existential Psychotherapist and Teacher by day and a writer, gamer and all round geek in the hours of darkness. He claims to be enjoying the creative process enormously and secretly harbours the hope of publishing a novel one day...