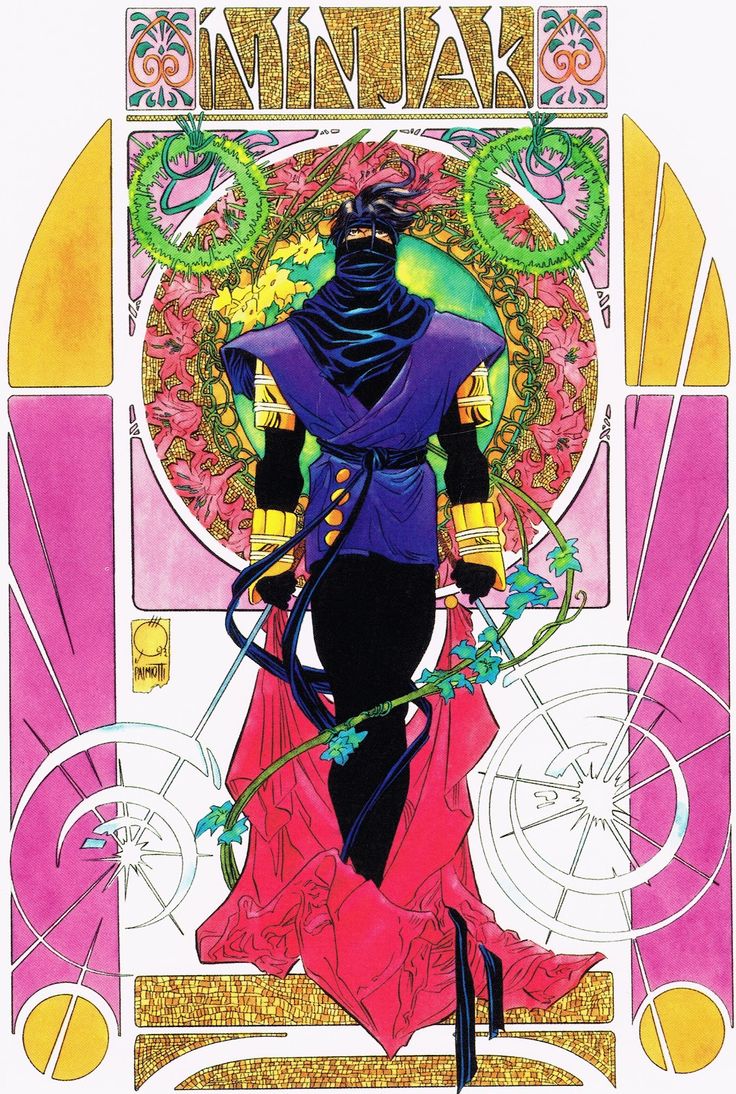 Okay, so Ninjak is going to be featured in an upcoming live action webseries on Youtube by Bat in the Sun, which considering they don’t do cosmetics tutorials is a reasonably big channel on youtube and has more subscribers/watchers than any American comic book has. I say American because I think One Piece still keeps comics alive and hovers around that 7 figure readership. I follow some entertainment channels on Youtube obsessively but can’t claim to have heard of them until the Ninjak announcement, which is no shade, this is just not really my type of thing, though I will admit that I did see an Epic Rap Battle pitting George R.R. Martin against J.R.R. Tolkien which was one of the funniest (and passed my fact check) things I’ve seen all year.

I think some of the biggest joys as a kid reading comics came from  first appearances and when characters would crossover and meet. I realize that now characters meeting each other is the standard thing but there was a time when Spidey chatting with the Human Torch or Daredevil felt like special instance of our worlds colliding, a pause in both stories to get a quiet moment that reinforced the idea of a Marvel Universe. They didn’t even have to be two iconic characters because one of my favorite Superman issues of all time is an issue he appeared in Garth Ennis’ Hitman.

Matt Kindt has put in work at VALIANT, when he (and Jeff Lemire)  joined an already quality writing stable. I’ve already noted that I think Kindt already has a slam dunk with Divinity and along with also having written Unity has also taken on Ninjak and since he seems to be the star of this webseries I thought it might be cool to go check out his first appearance, which had him interacting with Bloodshot, a character that was part of some big recent VALIANT movie news.

In the case of this VALIANT meeting we have two very high profile characters in what was VALIANT’s second wave of its own original characters, one that were very much part of the era that was the height of comics. Bloodshot was a character that just a half year earlier debuted in his own title dipped in Barry Windsor Smith chromium on the same day Superman died, probably the busiest single comic book day event in the medium’s history, and it was this vehicle that VALIANT chose to debut Ninjak, a character drenched in the ’90s from the name on, that would have a very fly, and for my money the best Joe Queseda has ever looked, art team on his own title.

Ninjak’s alter ego first appeared in Bloodshot #6 in one of those patented VALIANT cameo first appearances that made comic book speculation AND reading fun. WIZARD magazine really pushed this issue to the forefront, as WIZARD went strong in the paint for VALIANT. We didn’t see a costumed Colin King (by the way I’m infuriated that when I google “Colin King” I don’t see an awesome Joe Quesada Ninjak staring back at me and instead I see really old (real) white people — let’s fix this!) until Bloodshot #7, which was penciled by Don Perlin. VALIANT had Ninjak squaring off with what was perhaps their highest profile single character at the time, and not doing too well even though my boy Bloodshot was on crutches in the wilderness.

Pretty peaceful reaction for a guy who made his own VALIANT debut kicking in a door on some dude called the Eternal Warrior (and yes, Eternal Warrior#4 is the 1st appearance — though Rai #0 is one of my favorite single comics of all time). Isn’t this some old classic how characters meet in comics though?

Even though I love the aforementioned Joe Q and Jimmy Palmiotti art, and people should check out that first arc of Ninjak’s own title for the art, there’s something throwback about Perlin here that I just love. It feels and looks like an ’80s character moment, not even just from now, but from a few months later in his own new title. It could easily be art from one of my favorite titles as a kid, G.I. Joe, with Stalker, Beachhead, Roadblock, and Recondo about to come from around the corner. The more I look at these older issues, and I promise I’m not a luddite and was a fan of early ’90s IMAGE which made it standard to have a higher quality of paper, I just think comics just look better on that old paper. Feels like real comics and less the best possible art I could put on the page, and I know it sounds weird how the latter might not be more desirable to me.

Man, I love the rain in this scene!