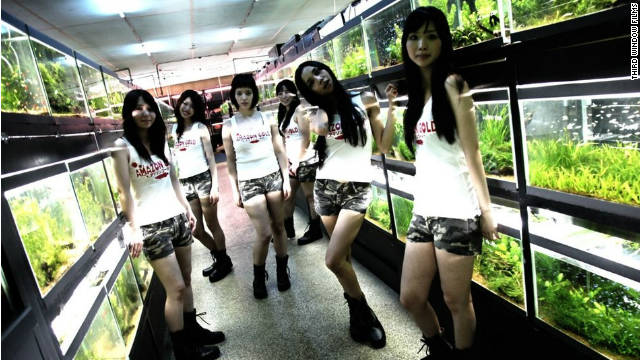 Back in my days teaching English in Japan, I raised the topic of murders and why they were so frequently extreme in Japan. One student actually said in reply, “It’s not the quantity, it’s the quality.” Kind of grimly funny, and a nice attempt at busting out some natural speech, but the thing is, I totally got what he meant. I always believed that the severed heads stuck on school fence posts and the dismembered parts littered around cities, not to mention the extreme pornography, were a result of social repression that, in certain people, boiled up and manifested itself in horribly sick, violent and often public ways. It’s not exactly a long bow to draw, is it? There’s a reason Ian Buruma’s fascinating book on Japanese culture (and valuable aid to this project), Behind the Mask is called that. It’s not just a clever title.

Filmmaker and poet Sion Sono (Suicide Club, Love Exposure), often called Japan’s prince of transgressive cinema, had two new(ish) films at this year’s Melbourne International Film Festival. I was lucky enough to catch both Cold Fish and Guilty of Romance and found them to be almost companion pieces to each other—noirish films, both based on true Japanese crimes, that examine in grotesque and unflinching detail what can sometimes happen when the mask gets torn right off. They are, in fact, parts two and three of his oddly titled “Hate Saga,” but seeing as the first part, Love Exposure is both four hours long (Sono’s films are usually always on the longish side) and not really much of a crime film, we’ll leave it out (do see it though, it’s terrific).

Cold Fish is a textbook slice of Japanese male repression which boils over into an explosive flurry of brutal violence and misogyny. Based on a notorious crime, as detailed in former reporter Jake Adelstein’s indispensable Tokyo Vice, the setting has been changed (from pet shop to fish shop), the story spirals into total fiction in the final act, but even Adelstein, who met the killer several times over the course of his investigation, found the performances spot on. You can read his take on it here.

But let’s not let the truth get in the way of a good story, eh?

When Mitsuko is busted shoplifting and Noboyuki and Teako come to the supermarket to apologise, an unexpected saviour appears in the form of Yuki Murata (played by a manic Den Den), who convinces store management it’s all a misunderstanding. Turns out Yuki owns a tropical fish store of his own, one far more successful than Noboyuki’s, and he’s up for a spot of networking.

What follows is Yuki’s complete emasculation of Noboyuki—he takes Mitsuko to work in his shop and live in the spacious dorms upstairs, he bangs Taeko (in true gross-old-Japanese-man style), he has Noboyuki at his beck and call. Noboyuki owes Yuki, and what follows is a macabre updating of an age-old Japanese dramatic conflict: giri (“a sense of honour; a sense of duty; a debt of gratitude”*) vs. ninyo (“one’s feelings of humanity”**). It’s a conflict that escalates pretty rapidly once Yuki reveals himself as a mass-murderer who, with his wife Aiko (bravely played by Asuka Kurosawa), drives his victims to the forest and uses sashimi knives to bone the bodies and dice the flesh.

The film’s a slow-burner (typical of Sono) but reaches an incredible climax of explosive, grotesque and grimly hilarious bloody violence. My jaw was hanging open for much of the last twenty minutes as Noboyuki, deciding enough is enough, lets the mask drop and all that’s buried within him surfaces with such fatalism and passion that he is almost made sympathetic. Yeah, I know. It’s fucked up. Noboyuki’s inevitable bloody last stand is as incredibly cathartic as it is demented. If you’ve ever been picked on, bullied, cuckolded or bossed around to any degree, you’ll possibly feel it too (and then feel bad about it). Again, though, this is nothing new to Japanese cinema where heroes frequently go to incredible extremes and then inevitably self-destruct in tragic, gory ways as societal order restores itself***.

Or perhaps another way; you can have your Pocky, but you can’t eat it too.